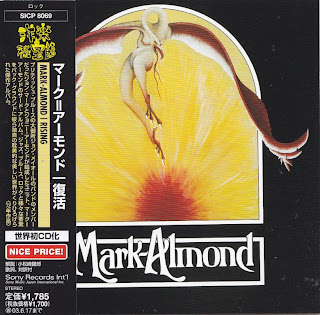 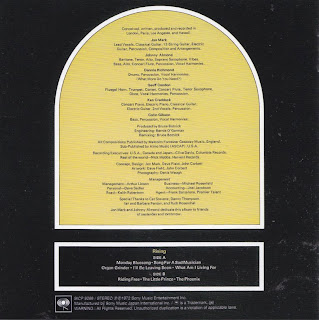 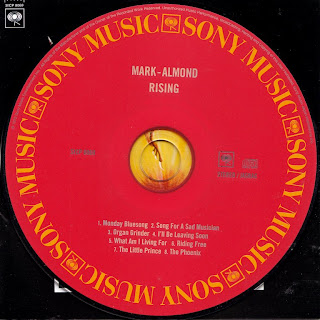 Mark–Almond were an English band of the late 1960s and early 1970s, who worked in the territory between rock and jazz. In 1970 Jon Mark and Johnny Almond formed Mark-Almond (also occasionally referred to as The Mark-Almond Band). The melancholy tones of saxophonist Almond were an integral part of the group's sound, and Almond frequently played flute as well, including the bass flute. Characterized by a blend of blues and jazz riffs, latin beats, and a mellow rock aesthetic, and in contrast the heavier guitar-driven rock of his contemporaries, composer and band leader Mark worked at producing warm and melodic works.
........................
Mark-Almond's first two albums, Mark-Almond (1971) and Mark-Almond II (1972) were recorded for Bob Krasnow's Blue Thumb label, and were noted for their embossed envelope-style album covers. "One Way Sunday" was a hit for them in the United States and hit #1 in Boston, Massachusetts in 1970. The group then recorded two albums for Columbia Records, Rising (1972) and the live album, Mark-Almond 73 (1973), by which time the group's members had grown to seven. In October 1972, Mark was involved in an accident in Hawaii and lost most of his left-hand ring finger. "What Am I Living For" from Mark-Almond 73 gained the group the most U.S. radio airplay they would get, but nevertheless they disbanded later that year.
Here
Posted by Georgie Hirezola