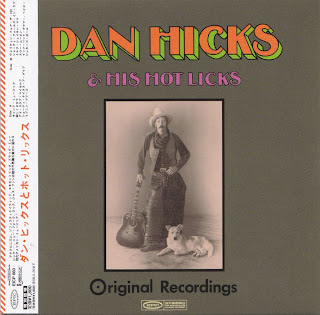 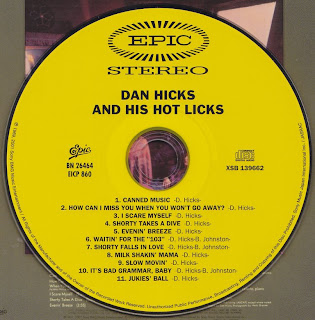 Dan Hicks joined the San Francisco band The Charlatans in 1965 and left in 1968, when he formed Dan Hicks and His Hot Licks with violinist David LaFlamme. LaFlamme was quickly replaced by jazz violinist "Symphony" Sid Page, and the rest of the band consisted of vocalists Sherri Snow and Christine Gancher, guitarist John Weber and bassist Jaime Leopold. There was no drummer. This line-up was signed to Epic and in 1969 issued the album Original Recordings, produced by Bob Johnson. The first Hot Licks line-up lasted until 1971 and then disintegrated.
""THE REAL SAN FRANCISCO SOUND""
Here
Posted by Georgie Hirezola

Nice album thank you so much for this gem.

D/L link doesn't work. I'd love to hear this!

I'd love to hear this... but the link says it's not enabled. Could you repost, please?