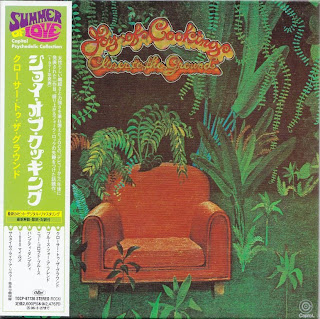 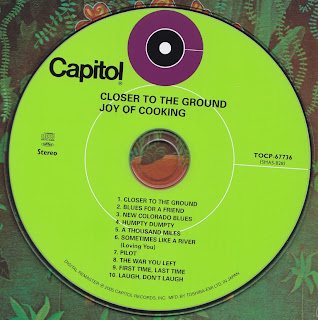 Joy of Cooking was an American folk-rock band, formed in 1967 in Berkeley, California. It was unusual in that it was led by two women - pianist Toni Brown and guitarist Terry Garthwaite. The rest of the band consisted of bass guitarist David Garthwaite (Terry's Brother), drummer Fritz Kasten and percussion player Ron Wilson. Keyboard player Stevie Roseman replaced Toni Brown for a time and bass players Happy Smith and eventually Jeff Neighbor replaced David Garthwaite on bass guitar. The music was a mix of "hippy" sensibility on blues and folk roots, and the lyrics often reflected feminist or environmental themes.

Joy of Cooking recorded three albums with Capitol Records. Brown and Garthwaite had solo careers afterwards and also released albums as a duo...
THIS IS ONE OF MY FAVORITE ALBUMS EVER!!!
Here
Posted by Georgie Hirezola

THANK YOU for this. I've looked for many years to replace the old scratched LP of my mom's [which I still have] that I used to listen to as a kid. This truly is one of the great underrated California bands of the early 70's!

I have had this LP for years, listened to it a few times and always enjoyed it. I find it a creeper, gets better all the time. You inspired me to go listen to it again (it's a Mint LP) I may download this to see the comparison in dynamics in the digital domain. Peace

MERCI from BRETAGNE-FRANCE. I'm the Christopher COLOMB of SMALL TOWN PLEASURES ( and sure, it's a pleasure to look this erea ), I thing look more ... MERCI