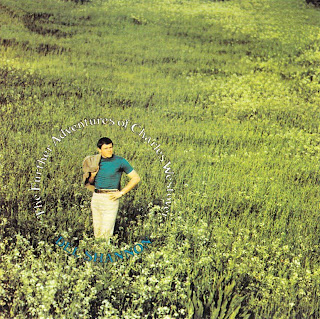 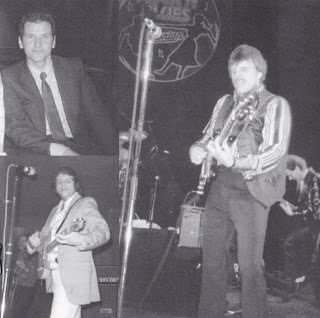 Here’s a psych outing that you wouldn’t expect from Del Shannon, but that you couldn’t hear from anyone else. In case you don’t remember, Del broke out in 1961 with “My Little Runaway.. ah run, run, run run runaway.” Though, he failed to equal his initial success afterwards, until he turned his sights to this here target audience in 1968.
Del used his birth name on the title for this album, which is an erie and rocking mix of great tunes. The opener, Thinkin’ It Over, really nailed me the first time I let this baby play. But don’t let this Care of Cell 44-like great rollicking opener distract you from the rest of this intense album. There are songs with great guitar work and lush string and horn orchestration. Del gets bluesy on Be My Friend, takes it down with Silver Birch and gets trippy on Colour Flashing Hair. Plus there is the awesome and driving I Think I Love You with sitar-like guitar work and a droning orchestra. Many great gems on this record. There are also a slew of bonus tracks on this reissue, including a slowed-down, chiller 1967 remake of Runaway.Don't miss it!!!
"A Great Psych-Garage Record"
Here
Posted by Georgie Hirezola

Great record by Del Shannon. Just discovered your blog, I think it's excellent.

it´s a shame that this album didn´t sell better, it was a great work. thanks, georgie, the final bonus are new for me ("stand up" is a killer!)

To say, I was a little dubious of this recording as I remeber del singing all those old favourites back in the early 60's....falsetto and all but....after hearing a few clips of this album recently I thought id give it a try and wow....glad I did...excellent stuff from a great artiste....thanks for sharing this and your superb blog as well...cheers.