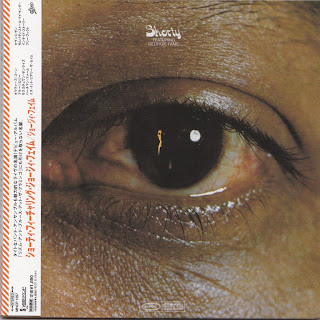 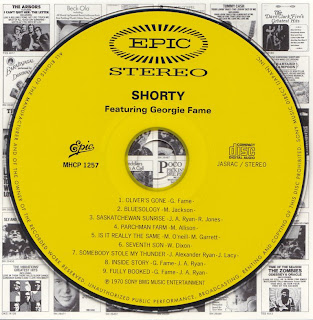 Clive Powell, 26 June 1943, Leigh, Lancashire, England. Entrepreneur Larry Parnes gave the name to this talented organist during the early 60s following a recomm. from songwriter Lionel Bart. Parnes already had a Power, a Wilde, an Eager and a Fury. All he now needed was Fame. It took a number of years before Fame and his band the Blue Flames had commercial success, although he was a major force in the popularizing of early R&B, bluebeat and ska at London's famous Flamingo club. The seminal Rhythm And Blues At The Flamingo was released in January 1964. Chart success came later that year with a UK number 1, "Yeh, Yeh". Fame's jazzy nasal delivery, reminiscent of Mose Allison, made this record one of the decade's classic songs. He continued with another 11 hits, including two further UK chart toppers, "Getaway" and "The Ballad Of Bonnie And Clyde", the latter of which was his only US Top 10 single. Even the lesser hits such as "Something" (written by John Mayall) and "In The Meantime" (written by John Burch, were of a high standard. They all maintained his jazz feel, which continued on such striking mood pieces as "Sunny" and "Sitting In The Park". Thereafter for a few years, Fame veered towards straight pop. His recent change of record labels (from Columbia Records to CBS Records) was an attempt to re-market him and at one stage he was teamed with the Harry South Big Band. While his albums showed a more progressive style his singles became lightweight, the nadir being when he teamed up with Alan Price to produce some catchy but dire pop songs. "Rosetta" being the lowest point of musical credibility but the highest point in commercial terms...[net]
Here
Posted by Georgie Hirezola

I'm thrilled. I used to have this album 35+ years ago and lost it. Been looking for it ever since.
Great musicians, very underrated album.
Cheers

I'm thrilled. I used to have this album 35+ years ago and lost it. Been looking for it ever since.
Great musicians, very underrated album.
Cheers