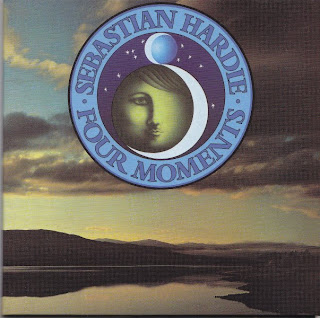 One of Australia's truly acclaimed bands of the 70's fronted by the very talented Mario Millo. SEBASTIAN HARDIE were a progressive rock band that sounded a little like Yes, and described their music as "symphonic rock". A four piece band with Millo on guitar, mandolin and vocals, Peter Plavsic on bass, Alex Plavsic on drums / percussion, and Toivo Pilt on Moog synthesizer, mellotron, piano and organ.
Sebastian Hardie the band, lasted four years, (1973-76) releasing two albums: "Four Moments" (1975 Polydor) which was co-produced with John English, and "Windchase" (1976 Polydor). Four moments is definitely the better album with a mystical feel to it, beautifully showcasing Mario's unique guitar style sounding marginally like slide guitar by using the volume control on his guitar giving his instrument a hauntingly beautiful wind-like sound.
Here
Posted by Georgie Hirezola

Yeee...This one of the most loved.